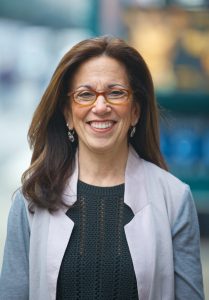 A technology and communications leader, Judy was a chief information officer at Verizon. On a mission to create a world where women not only gain access to the technology field but become the next generation of technology leaders, Judy founded Break Through Tech, a national initiative launched at Cornell Tech. She is a sought-after public speaker and has been recognized with numerous honors and awards. Judy originated the initiative in 2016 with a program known as Women in Technology and Entrepreneurship in New York (WiTNY), created in partnership with the City University of New York (CUNY) and a broad set of industry partners.