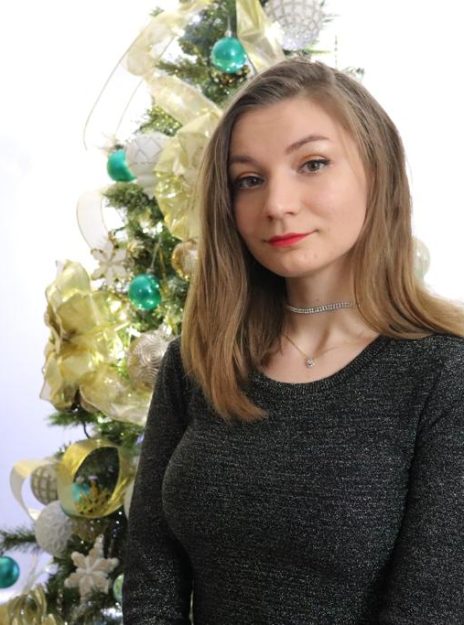 As part of the “Young Women Shaping the Future of Tech Series,” Break Through Tech National's Intern, Izabella Wieckowska, shares her journey into tech.

A New York native, Izabella grew up in Brooklyn with her family before starting at Hunter College and transferring to Baruch. Though she had a knack for the sciences early on in her life, she enjoyed her art classes and even specialized in media at her technical high school. Her father, an engineer, and her mother, a bookkeeper, gave her a background in the science/technological and humanities/arts spheres. Growing up, she dreamed of becoming a veterinarian but was inspired by her cousin to pursue software engineering.

During Izabella’s first year at Hunter, she heard about Break Through Tech from her professor. As a result, she enrolled in the 2018 Sprinternship® program with CitiBank and, later on, the 2019 Sprinternship® with General Assembly. In reminiscing on her times with Break Through Tech, Izabella recalls a time from her 2019 Sprinternship®, where she and her team gave an impromptu speech about their internship experiences that would be given before nearly all General Assembly employees. “It was my first time speaking in front of such a large crowd of people I wasn’t familiar with,” she says. However, despite the nervousness at first, the speech stuck with Izabella because many employees applauded them. At that moment, she felt truly recognized by a large audience.

As Izabella made friends and created personal and professional connections throughout the programs, she attained the confidence to pursue a tech-related career while learning more about the different tech environments from corporate to start-up. With enthusiasm and curiosity instilled in her, she applied to the Break Through Tech data internship and has been with us ever since.

To say that Izabella has done so much for Break Through Tech is an understatement. She has cleaned over four years of Break Through Tech’s historical datasets and reorganized that data into a resource for analytics. In addition, Izabella notes that her intern responsibilities have improved her Python coding skills, where she has utilized them in  real-world situations and analyses.

Izabella’s continued participation with Break Through Tech has given her the confidence to pursue a tech career even further.

“It’s helped reassure me that there is a future for me in tech and that I could be successful in a tech-related career,” she says.

“It’s also provided me with a network of women who I can reach out to and rely on.” Izabella admires the team she has worked with because they help give underrepresented minorities in tech a way to develop their careers, and she is thankful for the team for making her feel welcomed.

In her next career steps, Izabella intends to work more closely with big data and database systems “to develop insights into hard-to-answer questions.” She recommends to those younger who are starting in tech not to become discouraged when things get challenging. “The tech field is full of different roles, so if the first role doesn’t suit you as you thought, it may take some time to explore adjacent roles.” Put in simply, tech is not a one-size-fits-all field, and there is a place for anyone and everyone.

Izabella’s roles in Break Through Tech attest to her hard work and dedication, not just to advancing data science but to the growing representation of women in the field. We’re excited to follow Izabella on her journey in the data sector as she makes her mark as a woman in tech.