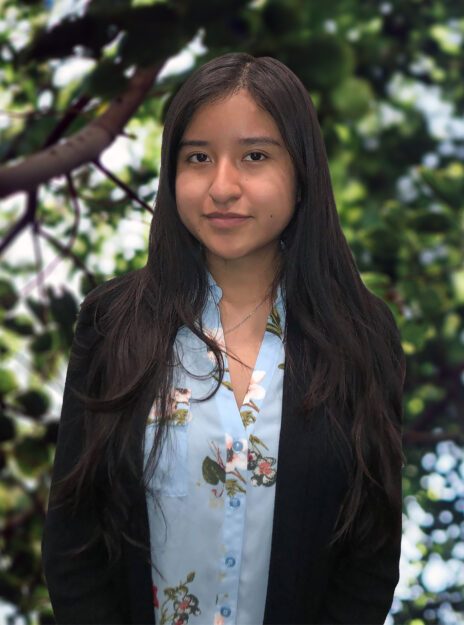 Anahi Mayancela shares some of the experiences and values that influenced her tech career.

Anahi Mayancela’s parents immigrated to the U.S. twenty years ago to start a new life. With a hardworking family to support her and her education, Anahi was able to explore her interest in tech through studying Computer Science, Web Production, and Math at Hunter College (CUNY). Today, Anahi is set to graduate in the coming Spring and has accepted an offer as a Software Engineer at Peloton.

Anahi knew about Break Through Tech in 2017 when it was formerly known as Women in Technology and Entrepreneurship in New York (WiTNY). Out of “sheer luck,” her high school guidance counselor emailed her an opportunity about a program for women interested in tech who were planning on attending CUNY. She joined her first Summer Guild program the summer after graduating from high school. After the Summer Guild, Anahi pursued Break Through Tech’s Sprinternships Program (formerly Winternships) in 2018, 2019, and 2020, as well as the Career Readiness program in 2019.

“Break Through Tech has confirmed the ways I think about my future career path because it has opened so many doors of opportunities that I wouldn’t have received if I were not a part of their programs.

…Their [Sprinternships (formerly Winternships)] helped me learn about the different tech cultures in various companies from finance to health and from huge corporations to start-ups.”

In looking back on her experiences with Break Through Tech, Anahi recalls the 2019 Sprinternships as the most memorable, largely because it directed her to the current path that she is on today. During the closing ceremony of the Sprinternships Program, all the companies and Break Through Tech students convened for networking. There, Anahi met a Peloton software engineer named Chandra, which would ultimately lead Anahi to accept a summer role at one of Peloton’s programs called The Lab.

“That was the beginning of my relationship with Peloton and if it weren’t for Break Through Tech, I would have not met them that day and maybe wouldn’t even have the full-time offer from them that is waiting for me once I graduate this Spring.”

While Anahi has an entire career ahead of her, she is immensely proud of how far she’s come because she can already see her parents’ joy from her accomplishments. In answering the question, “Who or what do you most admire?” Anahi instantly responds that it’s her parents, knowing she would not be where she is without them. As she grew older, she began to recognize all of the small but impactful things that they did for her and her brothers. “I have seen how hard my dad works every day yet still comes home and spends time with us. The same applies for my mom, she makes sure her children are fed and the house is clean and is always on top of our well-being.” Anahi says that her parents have always done everything they could to raise their children to be their best selves, a value that she wants to carry on once she starts her own family.

Moving forward, Anahi wants to give back to all who have helped her along the way. She also wants to help others by sharing what she learned herself: always get the most out of every opportunity, don’t be afraid to meet new people, and take every opportunity to share your voice.

We’re excited to follow Anahi on her journey as she progresses in her career and opens the door for others into the tech sector.