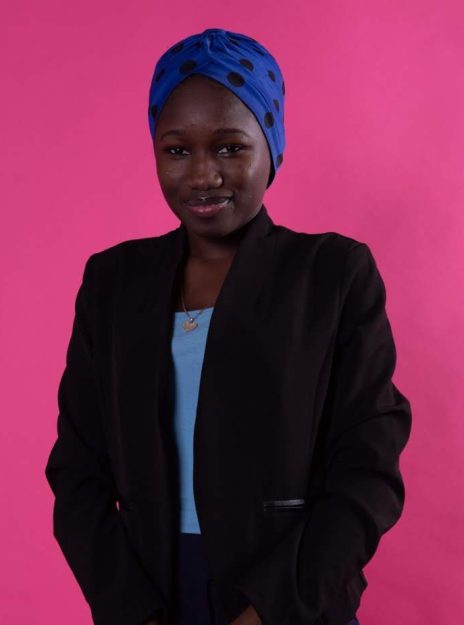 Learn about what motivates Ida Touray to pursue her career in the tech industry and her advice for students starting their journey.

Ida Touray moved from The Gambia to New York when she was fifteen years old. Both in The Gambia and New York, she faced numerous hardships in school. However, she overcame each obstacle, whether it was being held back when she first entered NYC high school or working through New York State’s Regents exams, and in 2018 she graduated with flying colors. Her hard work paid off, and she is now a third-year student at CUNY City College studying what she truly loves, Computer Science.

Ida’s journey into the tech sector started after high school with Break Through Tech New York’s 2018 Summer Guild. Although she had no prior experience, she decided to take the opportunity to pursue the program after receiving an email. It was through her experience with Guild that she discovered her love for computer science.

After Summer Guild, Ida participated in Break Through Tech’s Sprinternship Program, where she was paired with Peloton. In a team of four, her project was to create a website that could generate workout data from Peloton devices. Though difficult at first, Ida describes the experience as a “new start” and was proud of her end results. Ida’s next Sprinternship was with Verizon. In a team of five, she created a new Amazon Alexa skill using Node.js, a Java-Script-based open-source server. There, she learned more about programming and coding while her mentors helped her hone her skills.

Ida’s real-life experiences in tech opened the door to imagining a future as a Software Engineer at a large-scale tech company. However, even as her future in tech felt closer than ever, she continued to struggle with the journey. She describes Computer Science as “not an easy field,” mentioning data structures and algorithms as particularly challenging. Still, the experience of learning in a professional environment helped expand upon her classroom teachings of languages like HTML and JavaScript.

“When you teach something to someone, it sticks in your mind longer. It helped me develop my skills more.”

One of Ida’s most memorable experiences in Break Through Tech was acting as a Teacher’s Assistant (TA) for Guild in 2019. She met so many students there that she eventually would see again in her City College classes. “I think I’ve seen over 1000 students from 2019-2020. I’ve seen them in Break Through Tech and now see them in other programs. I just keep on expanding my connections.” She notes that connection and network-building are key takeaways from the program and encourages others to try new things.

When asked who she most admires, Ida says Judy Spitz, Break Through Tech’s founder, because Judy gave her the opportunity to jumpstart her career. Ida read the statistics of how many women there were in Computer Science on Break Through Tech’s website and was shocked. However, after reflecting on her own experience as the only woman in her Computer Science classes, she recognized the statistic as truth. Ida notes that being the minority in her class keeps her going forward because she wants to be one of the women in Computer Science that raises those numbers.

As a Black Muslim woman, Ida celebrates her ability to have a lot of experience in many different fields such as web development, data science, unit testing, and cybersecurity.

She says that Break Through Tech gave her the confidence to apply to more opportunities, and she wants to share with others that you should never limit yourself to one thing. While interning for the Federal Reserve of New York, she asked her supervisor to pursue technical roles instead, and that change helped her realize her niche in software engineering. Ida recommends that whatever you’re interested in, take an intro class if you can, speak up, and feel things out. For some women of color particularly, it can be difficult to feel accomplished because of “Imposter Syndrome,” but do not ever let that stop you from chasing your dreams.

When Ida was new to Break Through Tech, she didn’t know what to expect. Today, she has already secured a summer internship as an Analyst for Accenture. We’re excited to follow Ida on her journey in tech as she continues to champion the representation of diverse identities in the tech sector.